The simple question is, how far away do you want to be seen from? 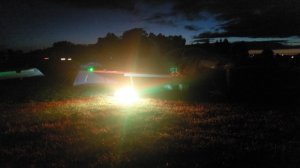